On 050520 at approximately 1727 hours, a Talent Police Department officer observed two subjects walking on Rapp Road near South Pacific Hwy. They matched the description of the two suspects involved in the Porch Pirate/Theft incident on Creekside Way. After a short investigation both subjects were identified as being involved. They were both cited/released to appear in Jackson County Circuit Court on charges of Trespass and Theft II.

The suspects have been identified as:

On 050520 at approximately 0530 hours an unknown white male suspect stole several packages off the porch of a home in the 400 block of Creekside Way off Talent, Avenue. A surveillance camera captured a photo/video of the suspect. The suspect was accompanied by another unknown suspect appearing to be a male adult. They were last seen headed toward Talent Avenue on foot near Wagner Creek. 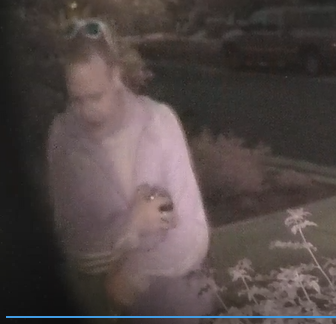 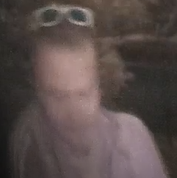 If you have any information concerning the identity of this suspect, please contact Talent Police Department.

In the past week, Talent PD has received reports of car break-ins or attempted break-ins in the same neighborhood along with the Rapp Road area.